Some drivers say that run flat tyres are more expensive to buy than a conventional tread. Others say the ride isn’t as good and they aren’t worth the money.

But what happens if you don’t fit a run flat the next time you need a replacement? Here we offer some advice on why this probably isn’t a good idea….

What happens if you replace a run flat tyre with a standard one?

A puncture is the most common – and often the most frightening – reason for a mechanical breakdown. With millions of potholes on UK roads, you will be lucky to go through your driving career without getting one.

And it can be a scary experience. Especially when you factor in things like bad weather or driving at night.

This is where run flats can help. While having standard tyres might result in being stranded by the roadside, run flat tyres keep control over the steering and brakes. This gives you enough time to find a safe place to pull over.

Replacing a run flat tyre with a standard one means forgoing this extra buffer. It means putting yourself at risk should the worst happen.

Run flat tyres are indeed more expensive, perhaps as much as 50%. But what price do you put on your safety?

If it costs a couple of hundred pounds or so more to avoid any of those scenarios, then I believe it is still worth it. Our eldest daughter will start to drive soon, and I would prefer whatever car she eventually buys to have run flats.

It certainly used to be the case that the stiffer sidewalls delivered a bouncy ride, but today’s designs are in a different league. Manufacturers like MINI and Mercedes tune the suspension of their cars to work in harmony with run flats – so it’s difficult to tell the difference.

In short, there are far more upsides to downsides to a modern run flat.

What happens to those drivers who decide not to buy a run flat replacement for their vehicle?

Little that is good, is the short answer.

The most obvious problem is that you will have to buy a spare wheel and tyre without having space to store them.

The space in the boot where a spare would usually sit has been used by the car manufacturer for other purposes, most likely more carrying capacity. A way of getting around this is to buy a can of tyre sealant and a compressor, and hope they fix a small puncture. But they won’t work on a blow-out or gash.

Can you mix run flats and standard tyres?

Run flats are only fitted to new cars which have a TPMS, tyre pressure monitor system. Whereas a car running on standard treads might not. So, if you do get a slow puncture, you might not be aware of it.

If you want the cheaper option of replacing a run flat with a conventional tread, you will have to buy four – actually, make that five, because there will have to be a spare too.

It is worth noting here that while their stronger construction makes them heavier, Continental reckons that four run flats still weigh less than five standard tyres. Extra weight increases fuel consumption, affects the handling and even causes faster tyre wear.

Do I need to tell my car insurer if I change from run flats?

Yes, you should tell your insurer. This is because it counts as a material change to the car’s configuration.

The car’s suspension will have been fine-tuned to work in harmony with the characteristics of a run flat, for both safety and comfort.

All the car’s anti-collision driver aids, such as ABS, electronic chassis control and skid prevention sensors, are programmed to work with a run flat. As such, it is not just a simple matter of swapping from one type to another.

Finally, there might be issues with the car’s warranty. It could affect the resale value or appeal, and any advert should make clear it is not running on tyres the manufacturer originally specified.

In short, you can replace a run-flat tyre with a standard tyre one – but after reading this, do you really want to?

For any advice on this issue and how it affects your make and model, call our team today for a more detailed chat. 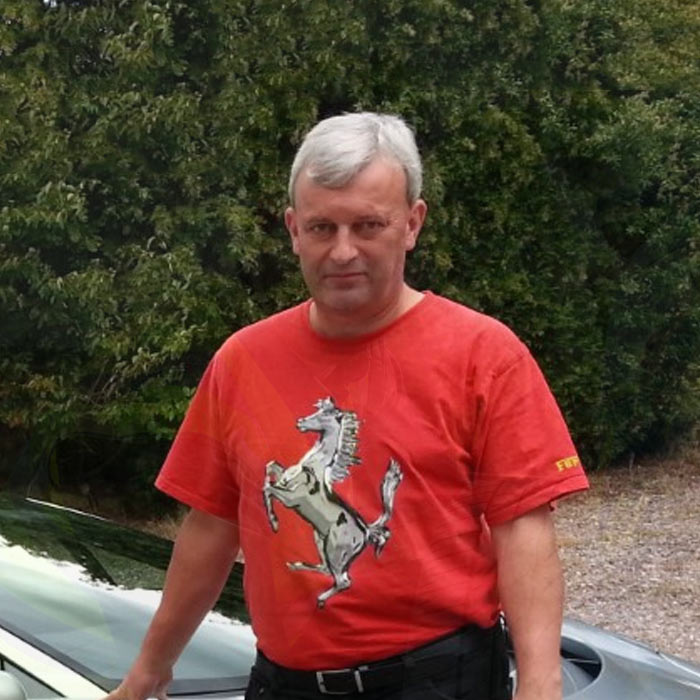 John is a multi-award winning motoring journalist, writing for various publications over a career spanning more than 30 years. He has been a keen amateur racing driver for 25 years, competing in single seater events and winning two North West championships. Today, John restricts himself to track days with his Radical and tending to his Cheshire smallholding.

What is tyre rolling resistance?
When is the best time to fit winter tyres
The Essential Caravan Tyre Checks
What does low rolling resistance mean and does it affect tyre grip?
What causes flat spots and how to fix them