The latest ST-XR Challenge meeting in Anglesey was a near clean sweep for the TOTD sponsored car and driver Greg Speight, with two wins and one second place (missing out on three wins by 0.140 seconds)!

Off to a flying start – qualifying on pole

The rain was a constant from Friday through to Saturday morning. With qualifying at noon, track conditions and consequently the correct set up, were uncertain. It definitely wasn’t dry but how wet was it? A decision was made and despite the temptation to keep adjusting, it paid off! Greg claimed pole and finished seven tenths in front of second place.

Race one: a near photo finish

Greg started on pole but the damp track meant he wasn’t able to keep hold of first place immediately off the start. Not for long though, as the lead driver out braked himself and went straight on at the end of the long straight and dropped to third. Our driver was in first place, had a clear track in front of him and was building a gap behind him. It was looking good, fantastic, even!

That was until there were about three laps remaining and the car suddenly felt sluggish. TOTD, we have a problem… The car was experiencing a lack of power and with the long straight around the next corner there was no way to hold off second. Greg was overtaken and even started to worry that second place was also in danger. He dropped back losing time to the leader, but then the car seemed to come back to life and catch up again, but not enough to overtake the leader. A last gasp attempt at the final corner was not enough and second it was, with a tiny gap of just 0.140 second. So close, again, was Greg ever going to claim that elusive win?!

The problem encountered in the first race was diagnosed as a fuel issue and with it clearing itself the team checked the usual suspects of carb jets and fuel filters and hoped this would prevent the problem from recurring. With the sun shining and the track dry, suspension settings and tyre pressures were changed to suit a dry quick circuit.

A flying start saw Greg right up behind the winner from the previous race with the third-place driver right behind as well. With no room to the inside the driver behind still attempted to pass, clipping the rear quarter of the TOTD car and twisting our driver in front of them. The car door took some damage and Greg expected to be spun around, fortunately however, this isn’t his first rodeo and his skilful driving meant he was able to keep control of the car and continue.

Greg was quickly down to fourth and in a battle with fifth with so much speed lost in the incident. He had his work cut out for him but he managed to regain his composure and overtook the third and second place drivers before the end of the lap. Greg was now in a great position to attack the lead car. With just two laps to go he overtook the leader, getting a good slip stream down the long back straight and, having out braked himself on the previous lap, made it stick this time. With no let up from the car behind he cleared the last two laps with no problems and took his first victory of the season – or had he?

More drama! With about an hour until the final race of the weekend, Greg was surprised to be called up to the Clerk of the Course to discuss an incident. They were referring to the contact on the first lap which left him in fourth. He was presented with video footage of the driver behind appearing to show that Greg had turned in on them and caused the contact. We disagreed, however a failing with his in car camera meant he had no evidence to present other than to protest his innocence!

It seemed it had already been decided and Greg was given two points on his racing licence, which meant these would be doubled and deducted from his championship total. Disaster. You can make your own decision as footage from a competitor further back in the field captured the incident and posted it online…

With little time to reflect on what had been discussed it was time to get back into the car and try again to take maximum points. A good first lap saw Greg right up behind the leader but there were few opportunities to pass. The last lap board appeared and our driver was extremely close to getting in the slip stream along the straight. The driver in front now seemed cautious and Greg caught and passed them with five corners to go. All Greg had to do now was complete the lap.

With just three corners to go, *bam* the driver behind made a late lunge up the inside, locking tyres and knocking Greg off the track!!! After letting out a few expletives, Greg gathered himself and finished the race, second.

The podium presentation and TV interviews were done and Greg found it difficult to hide his disappointment. However, it wasn’t over yet, Greg was asked to see the Clerk of the Course once again, so that they could view his footage of being knocked off the track so close to the finish. This time his camera was working! Phew! After seeing the incident, a three second penalty was given to the driver who had crossed the line first (and two points on their race licence) which meant Greg was now declared the winner! Although it wasn’t an ideal way to get the win and unfortunate for the other driver, who was obviously disappointed at the outcome, at last, some good fortune!

Along with a point for the fastest lap, this weekend’s results mean Greg has retaken the lead in the championship by three points. Go Greg!!! What a weekend!

The Anglesey TV edit is scheduled to be shown on Frontrunner on 6th July, 16:30. There will be a number of repeats, which should be shown on the Frontrunner online schedules, Sky Channel 431. Footage will also be released on the BRSCC YouTube channel. 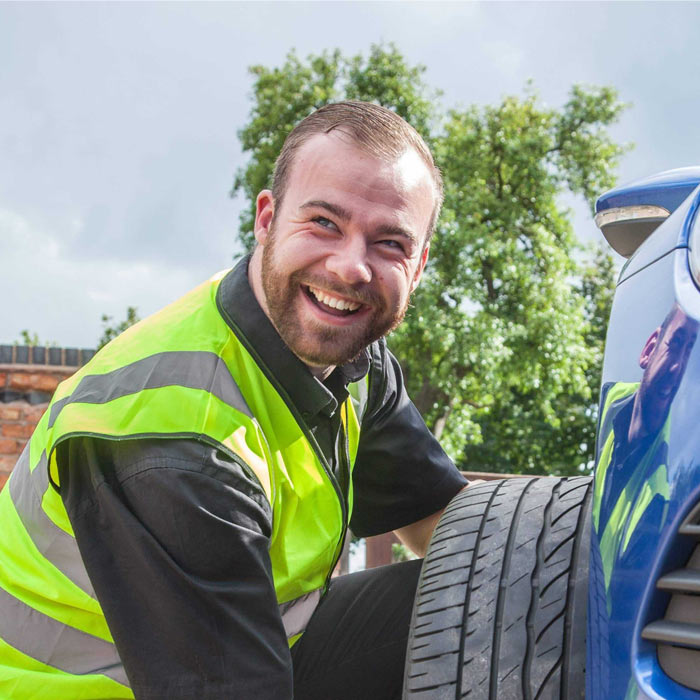